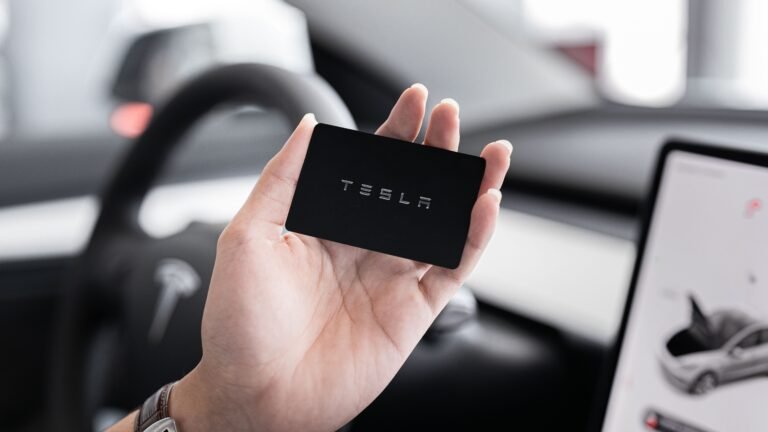 I believe that Tesla (TSLA) is a good long-term investment because of a few main reasons that are laid out in this Tesla investment thesis. The first is that Tesla is a leader in the electric vehicle market, which is expected to grow rapidly in the coming years.

This quote from Global News Wire reaffirms this growth trajectory: “The Electric Car market was estimated to be worth roughly USD 105 Billion in 2021 and is expected to reach USD 354.80 Billion by 2028”. As more and more countries and cities around the world commit to reducing emissions, the demand for electric vehicles is only going to increase.

Tesla has a strong brand and is one of the most innovative companies in the world. It recruits some of the most talented and skilled workers in the industry, which gives it a competitive advantage. Even though there are competing brands in the market, none come close to Tesla in terms of brand advocacy.

Production at scale through automation is another reason why I believe Tesla will be successful in the long run. The company is constantly working to improve its manufacturing processes and is already ahead of the competition in this area. They recently opened the GigaFactory which has been described as a machine that makes machines. With transportation being something that is in demand all over the world, I believe Tesla is well-positioned to continue growing and becoming a very successful company.

On top of having a strong system of production, Tesla also has a very strong system of distribution. The company has its own sales and service channels in several countries around the world, which allows it to control the customer experience from start to finish. Self-driving technology is also something that can create an even stronger competitive advantage. It can take the market share of businesses like taxis and trucking companies.

With this technology, Tesla can become an even bigger player in the transportation industry. Uber is already feeling the heat as Tesla continues to make progress in this area. By lowering the cost for consumers and allowing car owners to automate a side job, Tesla can develop a new stream of income. Tesla can become known for turning a classic liability (vehicle ownership) into a productive asset (automated taxi service).

When it comes to leadership, Tesla has Elon Musk who is one of the most talented and visionary leaders in the world. He’s constantly thinking about the future and how to make Tesla better. With his guidance, I believe Tesla will continue to grow and be a successful company. The last reason I believe Tesla is a good long-term investment is because of its financials. Although they aren’t perfect, Tesla is in a better financial position than it once was. If it survived being on the verge of bankruptcy, I believe it can survive anything else moving forward.

The current market conditions are ripe for investing in Tesla. The stock is down from its all-time high and economic factors may result in lower sales, but I believe Tesla is still a good long-term investment because of its strong fundamentals.

These are just a few of the reasons why I believe Tesla is a good long-term investment. Of course, there are always risks. As an investor, it’s fair to look at both the positive and negative potential outcomes of investment. The downside risks are that electric vehicles may not take off as quickly as expected.

When consumers are living paycheque to paycheque due to their own circumstances or macroeconomic factors, it is unlikely they will be able to save up for a brand new car. Even if they could, would they be willing to spend the extra money on an electric vehicle when there are cheaper options available?

The other downside risk is that self-driving cars may not become as widespread as Tesla expects. This technology is still in its early stages and has a long way to go before it can be perfected. If Tesla is counting on self-driving cars to take over the transportation industry, they may be disappointed. Government bureaucracy can also prevent it from becoming legal as fears about safety and regulation abound.

Governing bodies might also reverse their stance on emissions and environmental friendliness, which would be a major setback for Tesla. More and more people are caring about the environment but the demographic tends to be younger generations. If negative macro factors occur, the demographic that would yearn for these products might not be able to afford them.

Job losses due to a recession or high rates of inflation would put a serious strain on Tesla’s target market. The last downside risk is that Elon Musk may not be able to continue leading Tesla into the future. He’s someone that wants to solve humanity’s greatest problems. If carbon emissions from vehicles are starting to become less of a threat, he may get bored and move on to other projects.

This would leave Tesla without its visionary leader and could result in a decline in the company’s fortunes. Lithium is also a major component in electric vehicle batteries and is extracted from the ground. As more and more companies enter the electric vehicle market, there could be a lithium shortage. This would increase the cost of production for Tesla and make their products less competitive.

These are just a few of the risks associated with investing in Tesla. However, I believe the positive potential outcomes outweigh the negative ones in this case. Especially due to the correct market conditions, there seems to be an opportunity to create a long position for a decent return on investment.

Tesla is not without its risks but from an asymmetric standpoint, the rewards could be much greater. As you can see, this investment outlines several key points that make Tesla a good long-term investment. It uses data points to confirm its opinion and provides reasoning for each of its assertions.

What Does Closed Position Mean in Stocks?

Invest in Yourself Quotes: The Best Way To Grow Your Wealth

Begin typing your search term above and press enter to search. Press ESC to cancel.